Beyond Machine to Machine Communications Nadine Manjaro is currently working as a Consultant for her own company Beyond Machine to Machine Communications LLC where she provides Internet of Things (IoT) Business Development and guidance on the IoT market to clients. In addition, Ms. Manjaro developed an Internet of Things Training program for high school students and started delivering this training in late 2016. She is also an Advisory Board Member for the IoT6 Exchange. Prior to starting her own consulting practice, Ms. Manjaro was Director of IoT Programs for Tech Mahindra. In this role, she is responsible for IoT pre-sales, solutions, and North America ecosystem partner development. Prior to this role, Ms. Manjaro was a consultant with Verizon specializing in Internet of Things (M2M, IoT), Cloud and Security-based products as well as Mobile Payments solutions. She is skilled in Strategy as well as well Go-To-Market and Product Development. Prior to joining Verizon Wireless as a consultant, Ms. Manjaro worked as a Senior Marketing Manager for Huawei’s Radio Access Networking (RAN) products. In this role, she developed LTE-based solutions, IMS applications for LTE/CDMA/WiMAX/UMTS and Cable MSO networks. In this role Ms. Manjaro also contributed a chapter on Machine Type Communications to 4G Americas white paper on the Co-existence of GSM, HSPA, and LTE. Ms. Manjaro also provided LTE training to Huawei’s channel partners and potential customers.

Nadine Manjaro has over 19 of experience in wireline and wireless networking. She has worked for Tier one operators including Sprint for over seven years and Verizon over three years. She has worked on projects for other tier one operators such as Telefonica, Etisalat, and Telcel. Past roles included Principal network Planner for DSL, IP Core and transport networks, Technical Trial Manager for WiMAX Development and WiMAX Device development. Ms. Manjaro also contributed to Industry Standards for HL7 and DSL technology in her former role as Co-Chair of the DSL Former Service Provider Action Council while at Sprint LTD.

Nadine also worked as an industry analyst for ABI Research for three years providing global coverage of the wireless infrastructure market. Nadine has written extensive research on LTE, WiMAX, IMS, Global Spectrum, Managed Services, Cell Site Infrastructure and Mobile Backhaul. She has been quoted as an industry expert in the Wall Street Journal, Barrons, IDG, RCR Wireless, Fierce Wireless and several other publications. In addition, Nadine has spoken at Industry conferences including Fierce Wireless Mobile Backhaul Summit, Avrens Base Station Conference, PCIA Wireless Conference, and LTE Americas. Ms Manjaro also held past board roles for Community Linc in Kansas City MO. Ms. Manjaro holds a Bachelor of Science in Industrial Engineering, a Bachelor of Arts in Economics and Statistics both from Rutgers University, Completed 2 Yrs - AJI Network Business Leaders Program and holds a Master of Science degree in Engineering Management from the University of Kansas, School of Engineering. 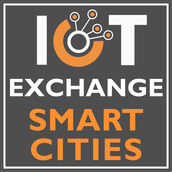